The Saint Ann Arts and Cultural Center is a building that formerly housed a rich and vibrant community of deep cultural heritage. At 84 Cumberland Street in Woonsocket, Rhode Island, you may now book a wedding, an art reception, a gala ball, fundraiser, funeral, or festival. Grown out of a community which has its roots firmly secured in the immigrant French Canadian mill worker culture.

It is a rare sight today to see a Roman Catholic Church in Rhode Island filled to capacity. For the earliest communities of the St. Ann parish in Woonsocket, Rhode Island, this was not the case. With seating for 1,300 parishioners, St. Ann would fill to capacity for each of its seven masses on Sundays during the first fifty years of its life as a church. From 1917 at its opening through to the Second Vatican Council, the church became the jewel of this urban mill community based in French-Canadian immigrants. One of the largest and most beautiful in the Diocese of Providence, it was only part of a vast campus of which only three buildings remain (personal communication, Rathbun, February 3, 2015, Bourget, 1990).  The St. Ann community secured a $25,000 loan in 1894 (four years after the parish was established) to which the community added $3000 in order to complete its second building. Perhaps the most impressive building, the gymnasium; complete with two bowling alleys, running track, meeting rooms, steam baths, billiard and pool room, and the latest in exercise equipment at the time (Bourget, 1990).

At the onset of its life, this French Romanesque style church was built with the pennies and nickels of the parish members. Masses prior to the church being built were held in the school, which held both a chapel and the rectory. On the interior, after construction was completed in 1917, the walls were bare with regular pane glass windows and grey stucco walls. The design was ornate in its style, but was plain in décor (Boucher, 1990). The central point that was the exception to this was the forty-four foot baldacchino seen in. More and more pennies, nickels and dimes were saved and donated by the generations of immigrant mill workers flocking to Woonsocket over the first quarter of the twentieth century. Saved and spent on the beauty of the church. Over forty stained glass windows were installed between 1923 and 1925. These windows are stunning in that they employ a three dimensional stained glass technique.

To further the beauty of the church, it was decided to add frescoes. Enter stained glass artist, Professor Guido Nincheri. After seeing the impressive display of glass existing in the space, Nincheri agreed to turn St. Ann Church into “another Sistine Chapel” (personal communication, Rathbun, February 3, 2015). Starting the two-year project in 1940, it was not complete until 1948 due to complications directly related to World War II (Bourget, 1990). Using the classic fresco technique of the High Renaissance painters of Rome, Nincheri developed his embellishments for the church using the people of the parish as models.

The sacristy housing the vestments and waiting areas for the masses now houses a small Christian worship group the Firm Foundation Christian Church which meets every Sunday in the space at 10:00 AM as found on their website, www.firmfoundationri.com (2015). Watching over the worshipers during services and bible study are six alter boys flanking three priests rendered in stunning realism on stained glass by Nincheri. The members of the parish did not stop at the literal either. The sexton was pictured as Jonah prominently above the church’s fore right entryway.

One of the most recent members of the parish from that time to pass away is Mildred (Savoie) Tellier. Her legacy will live on above the main sanctuary as she is depicted portraying the Child Virgin Mary. Her funeral services were held in the church beneath her portrait. The significance of this is that her funeral was allowed to be in the church at all. The transformation of St. Ann Parish to St. Ann Arts and Cultural Center in is part due to efforts of the former parish family like Mrs. Tellier. In 2000, the building was almost shut entirely.

This was almost the end to St Ann. According to the organization’s website, stannartsandculturalcenter.org “Dwindling number of parishioners and rising maintenance costs of the building,” (“Mission Statement”, paragraph 6, 2015) were the contributing causes for the diocese shutting the doors. As the parish has done from the very beginning, the remaining members worked and formed a committee to save this work of history and art. The church was decommissioned and rented for the next six years from the Diocese (stannartsandculturalcenter.org, 2015). After which time the group claimed ownership.

The man who runs the operations and booking of St. Ann Art and Cultural Center is Mr. Wally Rathbun. He is dedicated to the preservation of the facility and donates countless hours maintaining the grounds and building as well as booking events, tours, and acting as historian. From April 20 to December 25 tours occur every Sunday from 1 – 4 with a general admission of $8.00 and a discount ticket price for Seniors and Students - $5.00. Group tours can also be booked by calling (401) 346-0713. More information on the remarkable works of art and history of the facility can be found at stannartsandculturalcenter.org.  If you are ever in Northern Rhode Island or thereabouts, do yourself the treat of visiting this astonishing building which so many have worked to save and preserve. The center has regained its significance as a cultural icon for Woonsocket and continues to grow with each new visitor who marvels at its unique beauty. 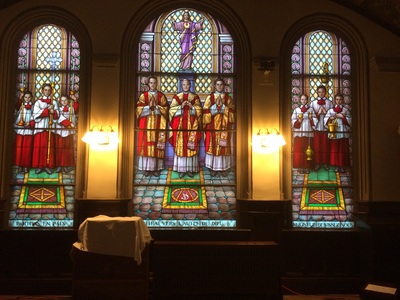 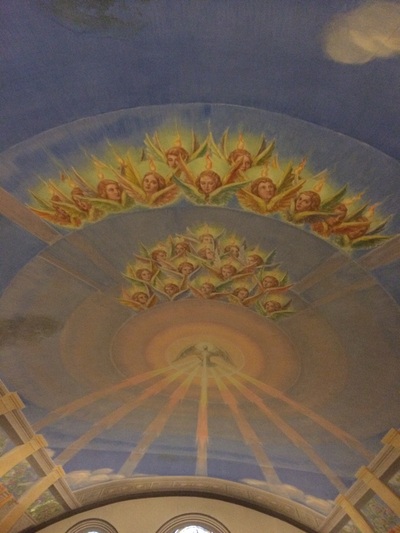 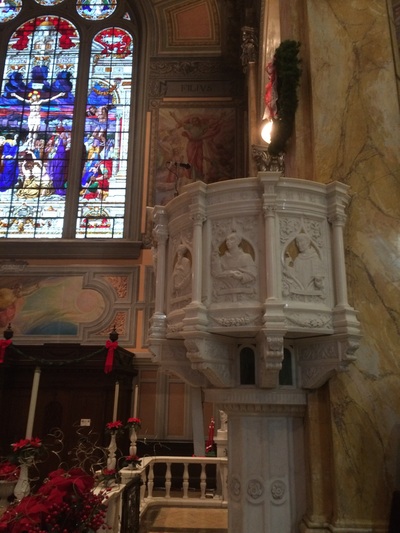 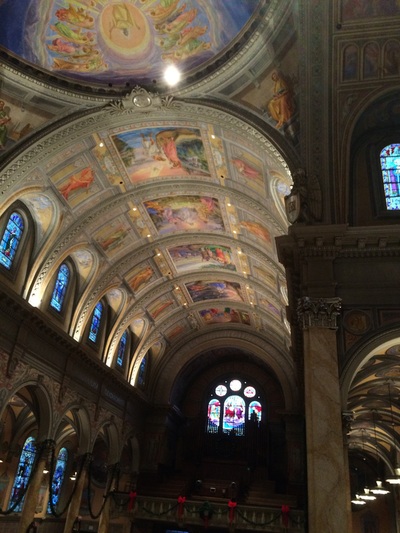 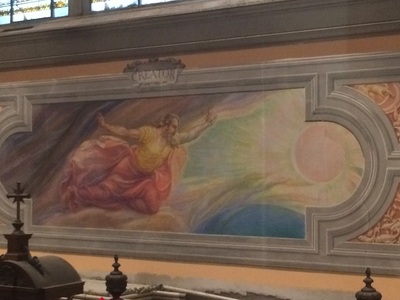 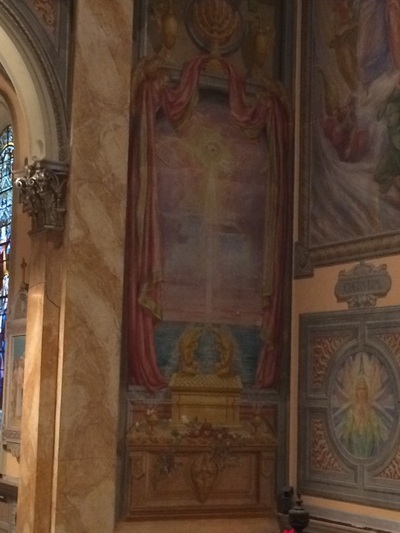 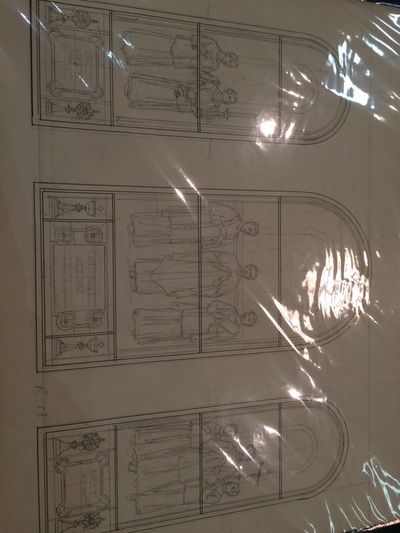 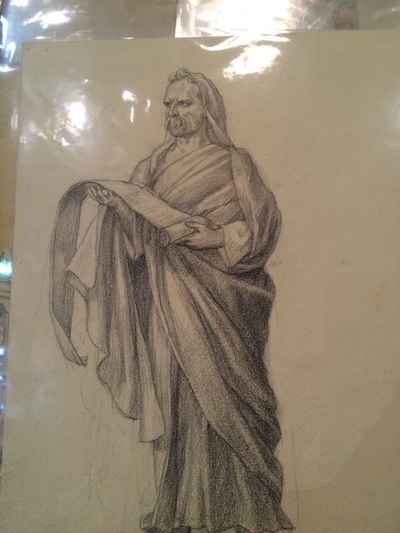 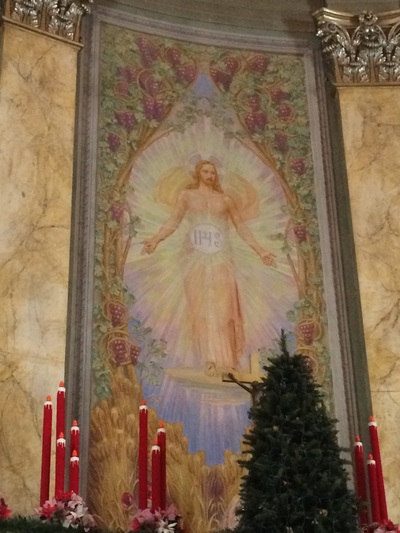 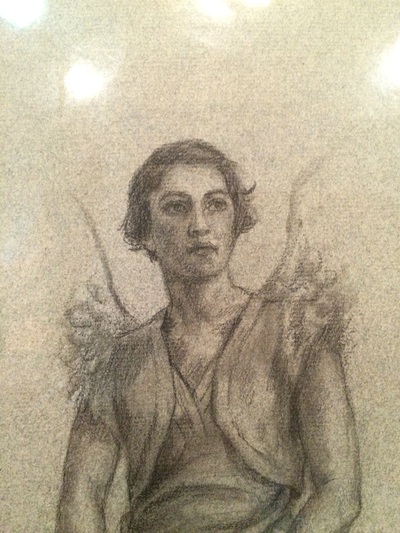 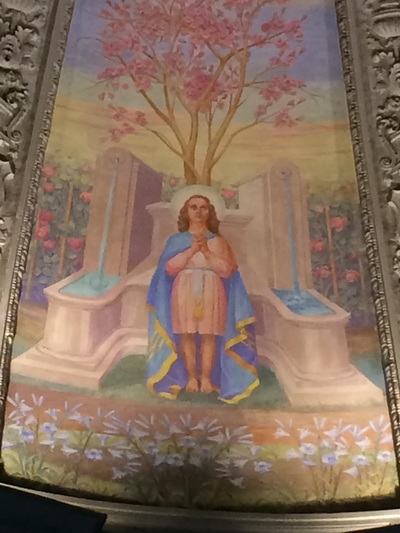 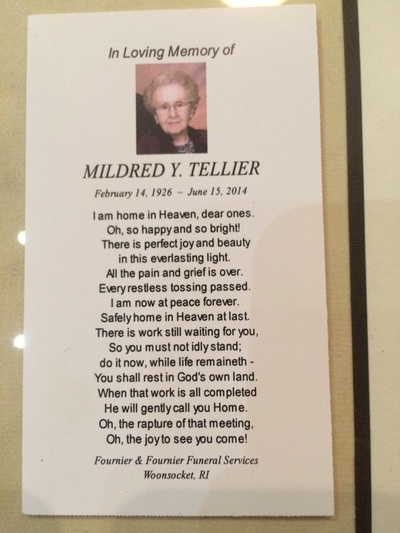 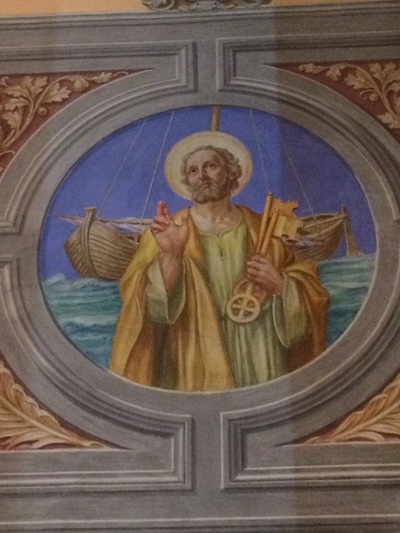 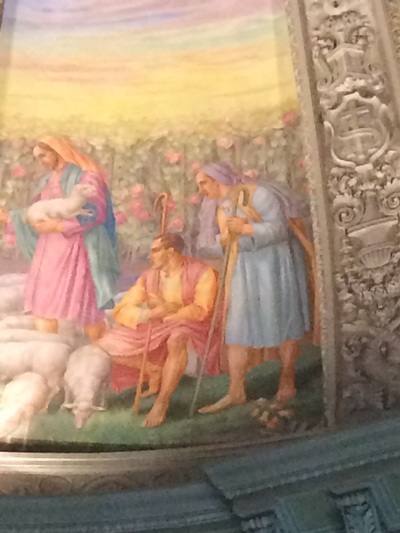 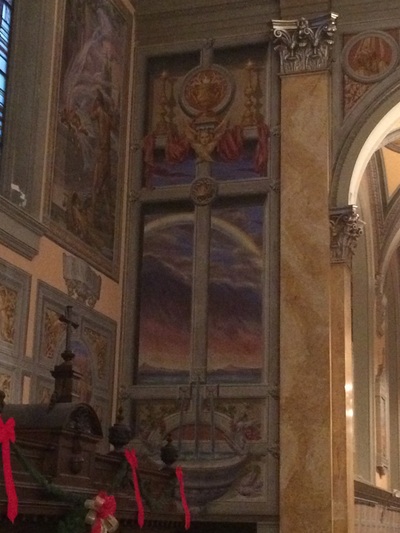 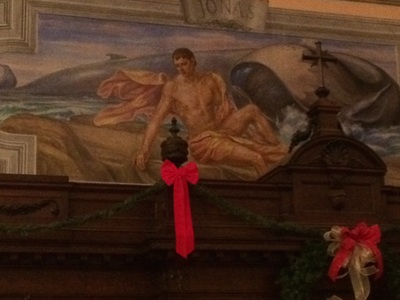 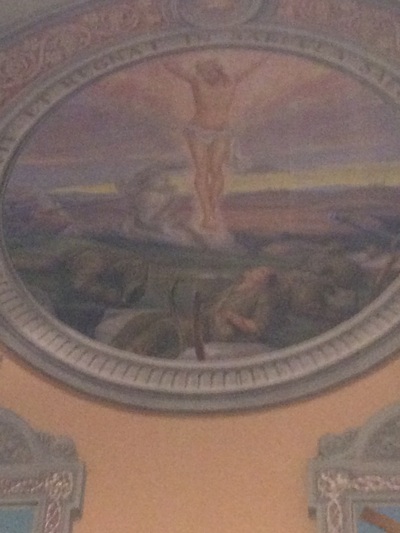 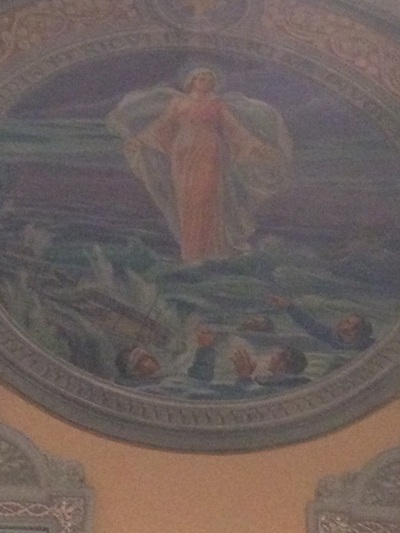 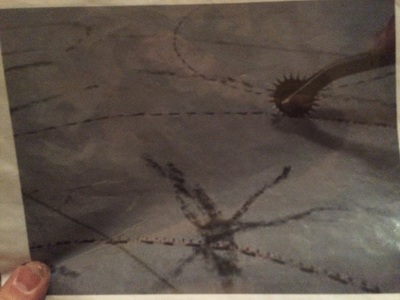 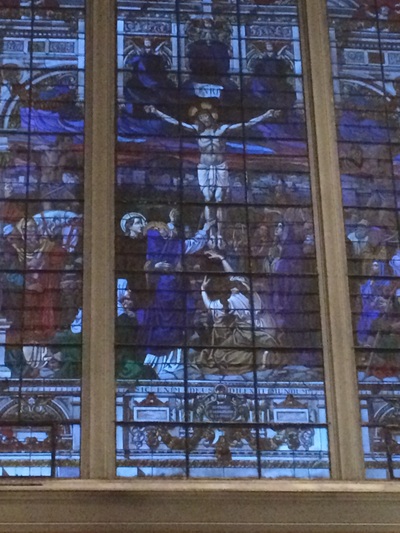 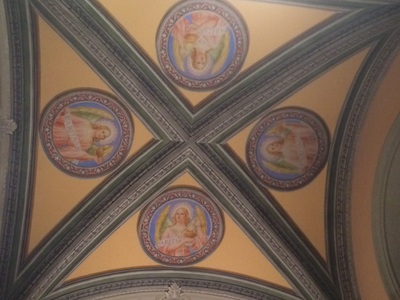 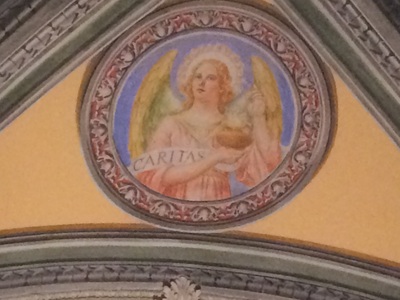 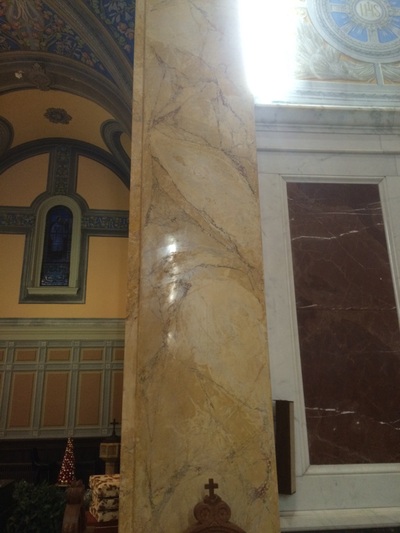 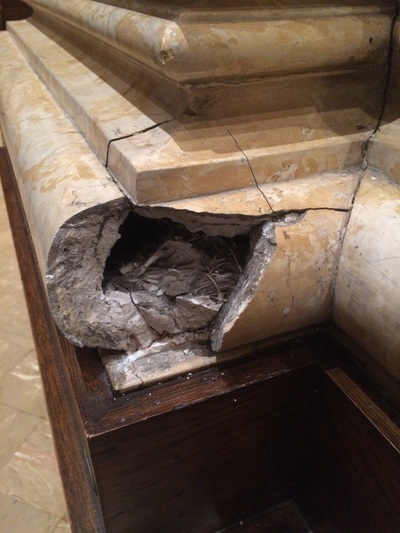 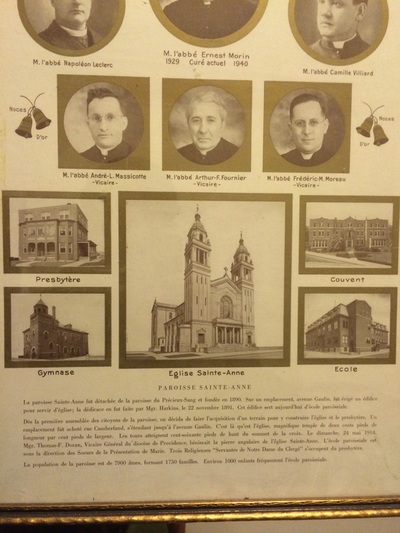 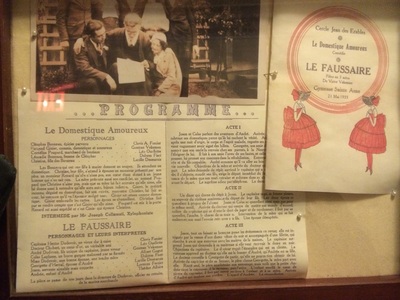 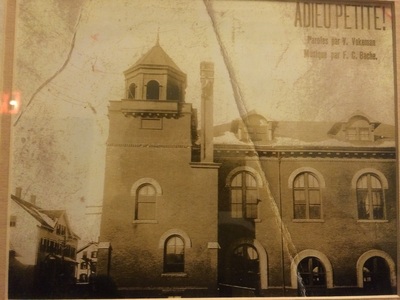 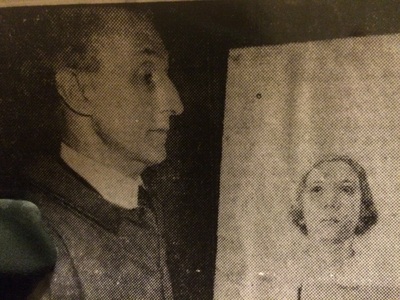