Building your story -
FOUNDATION - the idea, the concept, the through line or "spine" of the work.
Making this foundation can be messy work, but it is necessary for a story to be solid. Take a large piece of paper and write a word in the center. A word that can inspire a story, something that applies to you. Now from that word do an immediate word association not thinking, just writing. Those words will lead to more words, and so on and so forth creating a web of words all stemming from the central word with which you started. Here is an example: 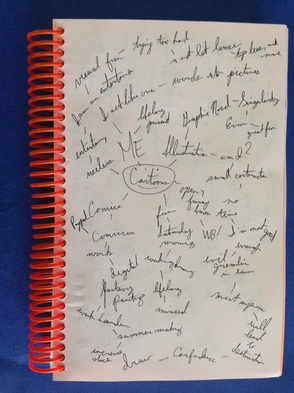 FRAMEWORK - the sorting out of the brain storm. Find the building blocks for the following: Setting, Character, Conflict, Climax, Resolution.
Once you've gotten the foundation laid and all of the building blocks in place, it is time to define the story by answering the five w's; Where, Who, What, When, Why? These will help you develop a throughline/spine for your story. Once you have this worked out, now we move on to the hard stuff, How? (to which you cannot answer simply, "because.")

The 30 second elevator pitch - Now you've got all of the elements of your story laid out. Time to assemble them into their elements:                The one minute play - so you've gotten the gist of how to create a viable story line, now extend it by incorporating a few of the following:                The ten-minute play - here we really flesh out the story by laying out the setting in more detail, giving the characters the opportunity to more thoroughly explain themselves either through action or dialog, and through this increase the level of the conflict in the rising and falling action. Don't be concerned, ten minutes is a long time though it doesn't seem so, it is an amazing way to tell a short story in a way that really makes a visual and spoken impact. 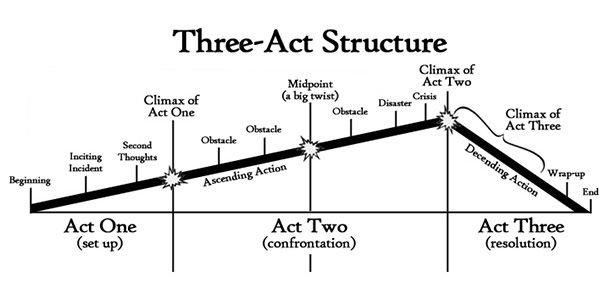